Inside Sanded and Painted

With the hull stripped and clean, focus shifted to the inside of the boat. The inside was completely sanded (sides, stern, and bottom), beginning with 80 grit sandpaper and progressing to 100, and then to 120 grit. I began sanding with 80 grit with the intention of removing the many, many existing surface scratches. Then progressing to 100 grit with the intention of removing all the scratches from the 80 grit sandpaper...and so-on through the remaining grits. The aluminum is 14 gage and just ~1/16" thick so you can't get carried away with sanding all the scratches, and gouges out that have accumulated over the past 60+ years, just the very light scratches.

Sanding aluminum is a lot more time consuming and tedious compared to sanding wood. Also sandpaper wears out sooner when sanding aluminum than with sanding wood, so I went through a lot of sandpaper. Sandpaper abrasives I tried include Festool's Rubin, Brilliant, and Garnat. Garnat seemed to last the longest. I tried using Vlies (pronounced "fleece") too but that hardly lasted at all. I also used a Festool Soft Pad and Interface Pad on a Festool RO 90 Sander to deal with the curved concave shape of the hull's interior.

After the entire inside of the boat was sanded to 120 grit, I sanded the sidewalls and stern (but not the bottom) all the way up to 500 grit starting at 180 grit and progressing to 220, 320, 400, and then 500 grit. Then I went back to 320 grit and, by hand, carefully sanded the sidewalls and stern in a light straight horizontal direction to achieve a brushed look... not perfect but close enough. 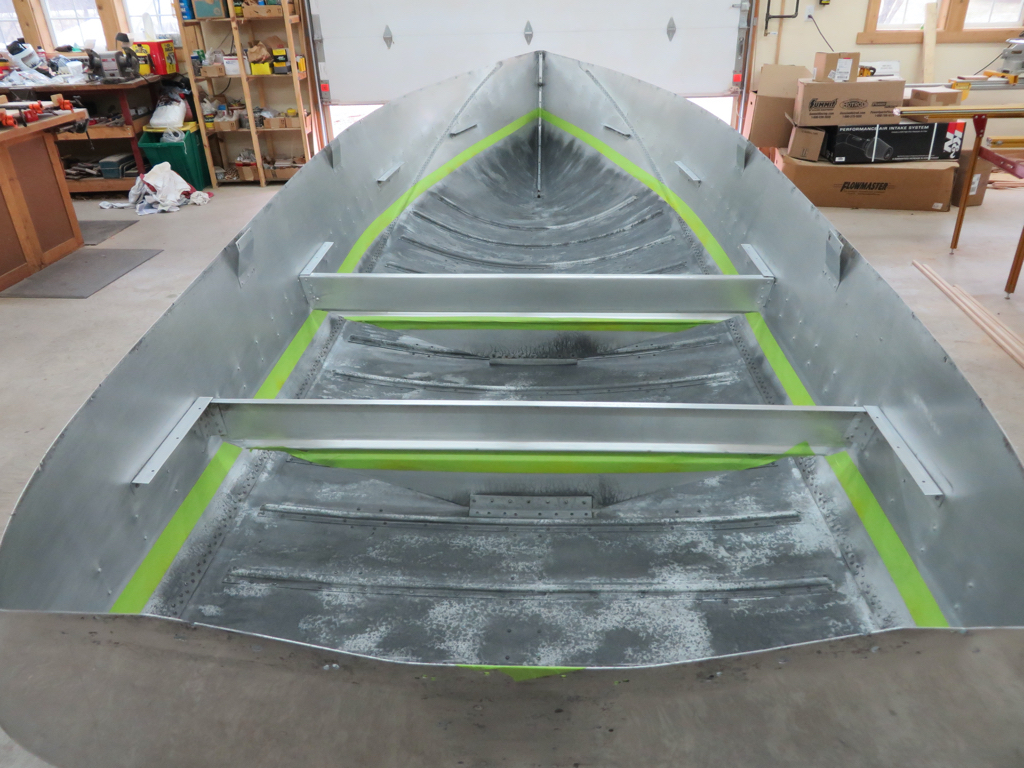 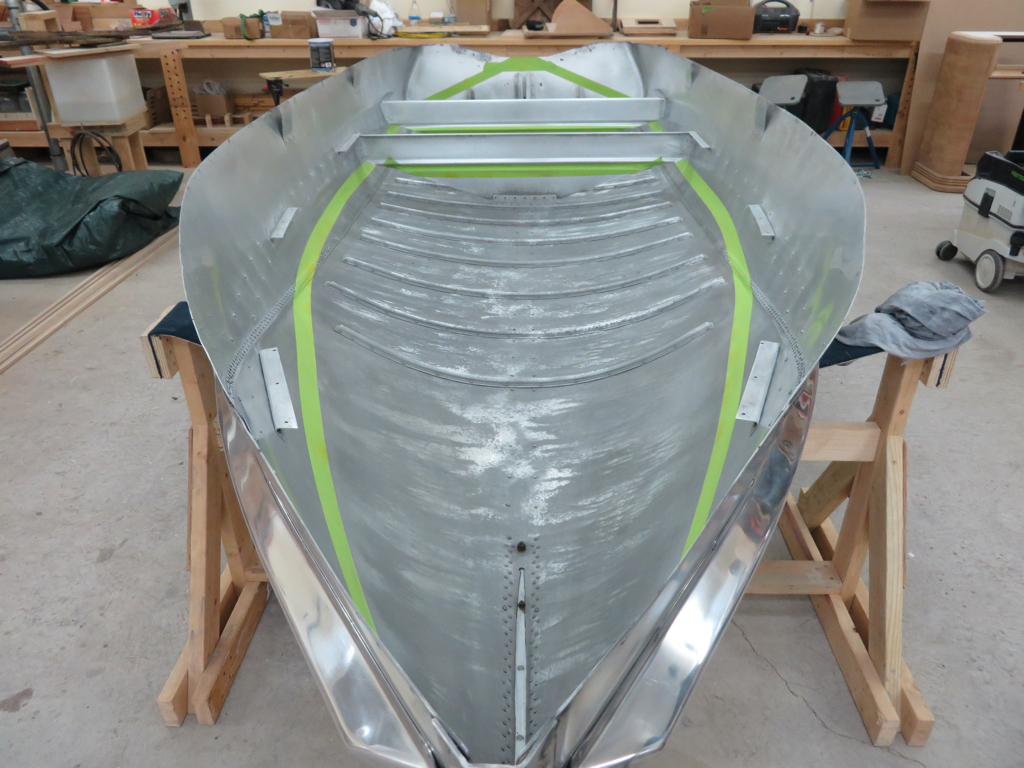 Last I applied two coats of Tuffcoat Waterbased Metal Primer (MP-10) followed by two coats of TuffCoat Rubberized UT-14 Marine Coating. Tuffcoat seemed the best option as it was available in an olive green color that appears to be very close to the original color. 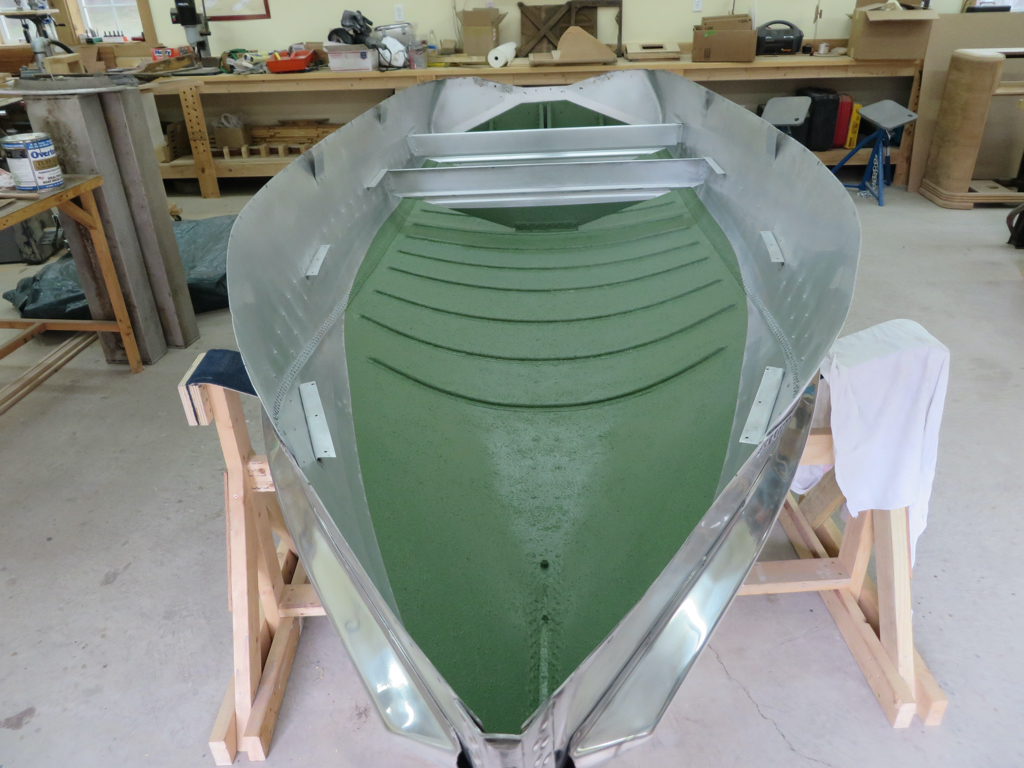