With the boat dismantled to the point where it is now, a final evaluation of the project scope can be established.  There were no surprises that I came across from my preliminary evaluation.  The full extent of the deck damage due to rot is now obvious to see.  Based on the damage it was easy to conclude that over the years water has seeped under the front windshield frame, accumulated over the dashboard , and soaked into the deck and such. The deck beam behind the dashboard (heavy beam) is severely rotted on the ends and has partially collapsed. The beam extending from the stem to the dashboard was also severely rotted and it just disintegrated onto the floor when I touched it... I literally poked holes through it with my finger.  I'll have to find a better way to seal under that winshield when I reinstall it. That leaky windshield did a lot of damage over the years.  The bottom of the front windshield frame itself did not rot, but the bottom of the side window frames did. It had been sealed by a vinyl piping strip stapled to the bottom of the windshield frame. 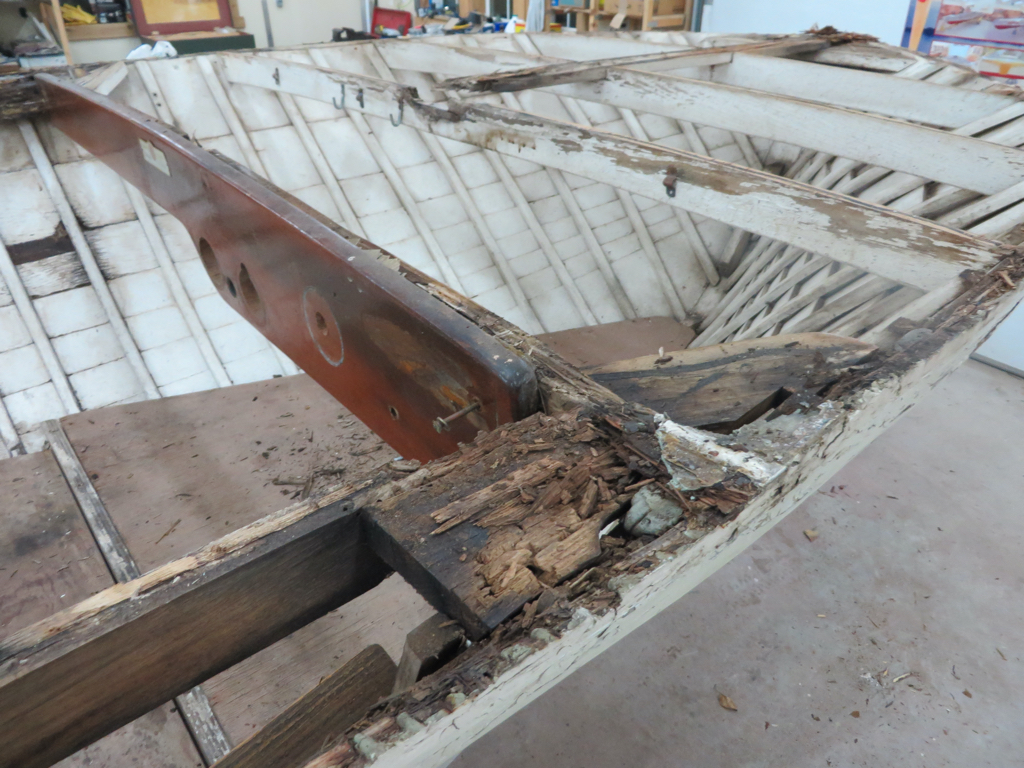 Extending the problem of water seeping under the front of the windshield, a few of the lap strakes on each side of the dashboard also have some rot, particularly on the starboard side, and will need to be repaired.

The middle two deck beams were in good shape but the breasthook had rotted too and will need to be replaced.  The stem itself is in good shape.

The gunwales/rub rails were also rotted in various areas and are in need of replacement.

The outside of the transom appears to be in satisfactory shape.  Looking at the inside, there is rot along the port side transom cheek as well as a heavily rotted (or rodent chewing) area of the lower transom bow. Minimally the cheek and bow will need to be replaced, I wont know the extent of the damage until I removed them.  Hopefully it doesn't extend too far into the transom. 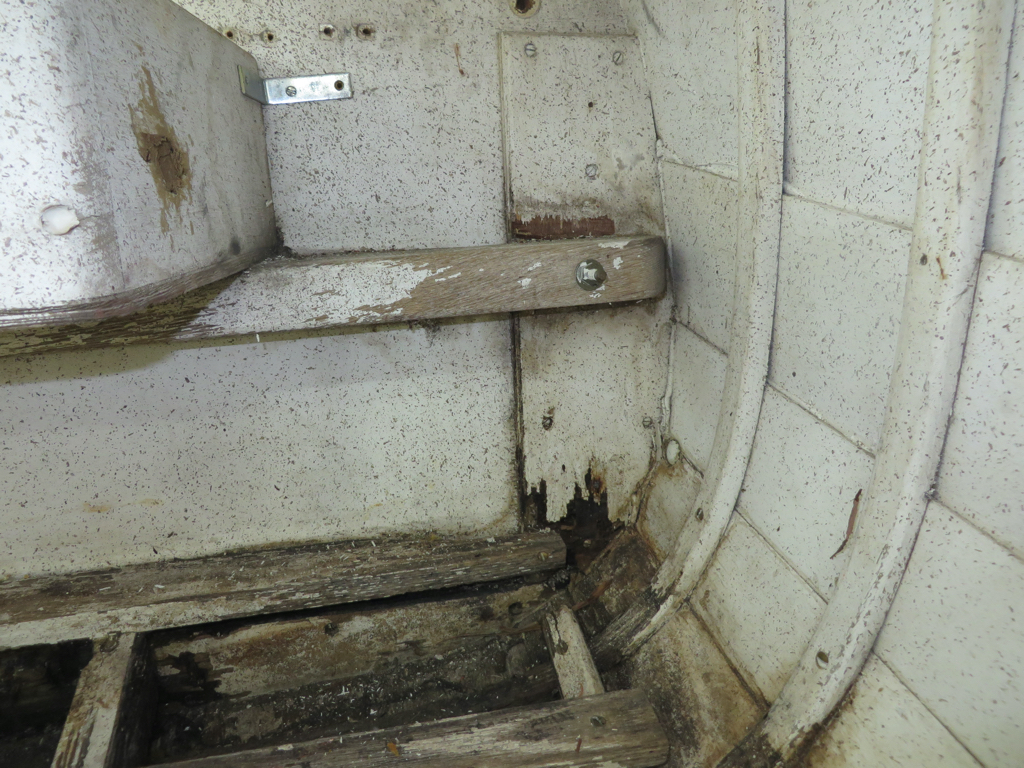 Quite a few of the ribs will need to be replaced due to rotting and/or checking.

The windshield, in my opinion, is what most distinguishes this 1962 Voyager from the 1961 Voyager. It is a simpler design and came apart very nicely.  The entire front is in good condition.  But both side panels have rot along the lower rail and will need replacement.

The original wiring, while functional, was not very safe and will be updated with proper marine wire gages and fuse protection with a modern marine fuse box. 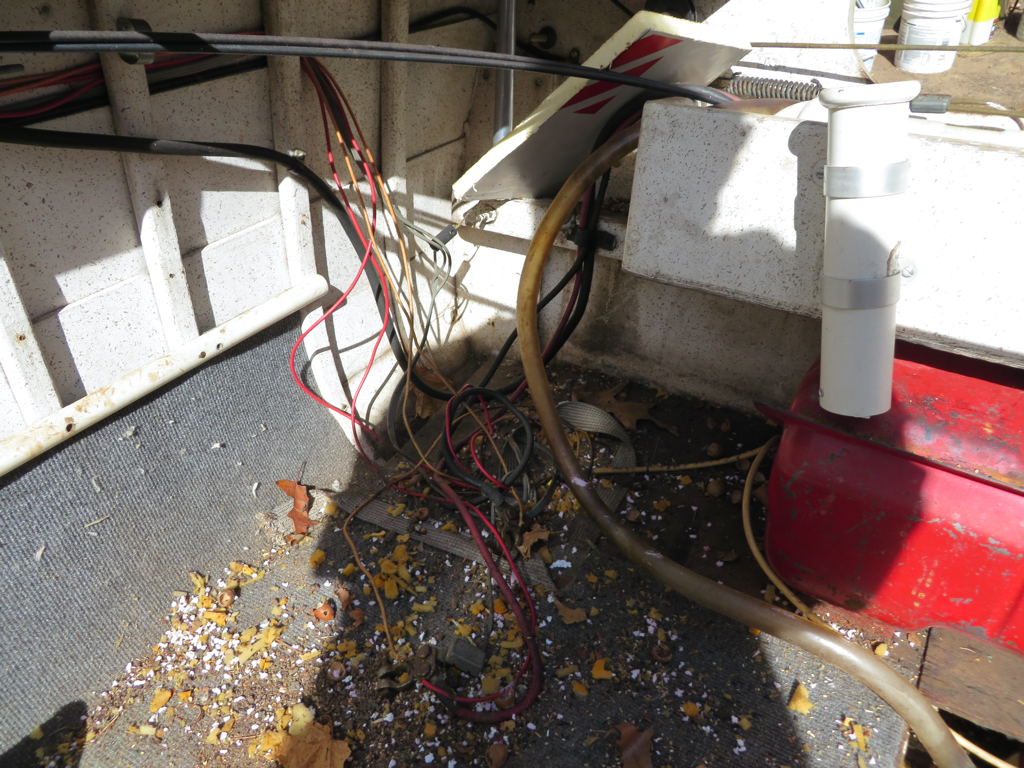